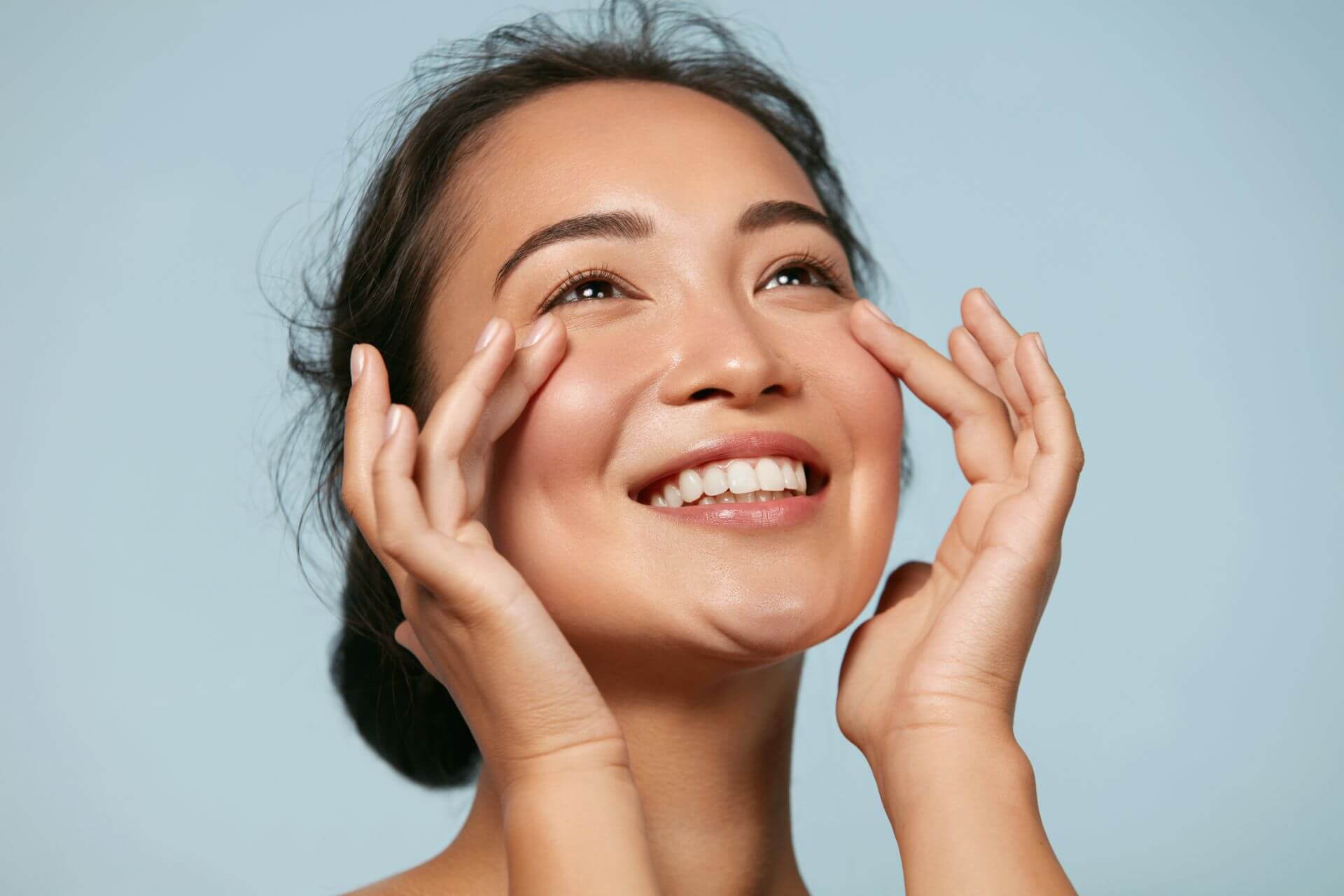 What is Double Eyelid Surgery?

Over 1.2 million people worldwide underwent eyelid surgery in 2019, according to a survey by the International Society of Aesthetic Plastic Surgery. The procedure is particularly popular in East Asia and South East Asia, where it is the most commonly requested cosmetic surgery.

Approximately 50 per cent of Asians are born without a defined upper eyelid crease. Although the ‘monolid’ or ‘single eyelid’ is perfectly natural, not everyone feels it flatters their face. The lack of an upper eyelid crease can make the eyes look small, tired, aged or unfriendly. A heavy upper eyelid can also limit makeup application and even hinder proper vision.

Asian eyelid surgery, often called ‘double eyelid surgery’, is a specialised technique focused on creating an upper lid crease that is not apparent prior to the procedure. Patients who feel their eyelid anatomy diminishes their holistic facial aesthetic may choose this procedure to give their eyes a more open and alert appearance.

While there is no single definition of ‘Asian eyes’, there are several distinctive attributes that many people of Asian heritage share.

The monolid, or lack of supratarsal crease, is the most recognisable. This feature is commonly seen in East Asians (Chinese, Korean and Japanese). Asians who have a natural double eyelid tend to have a smaller, less well-defined and lower-positioned fold in comparison with Caucasians. The crease may also be broken up into several smaller folds.

Another distinguishing feature of Asian eyes is the amount and location of periorbital fat. The upper lid crease can be obscured by fat that descends over it, creating the illusion of droopy eyes (ptosis). Thicker fat pads in the eye area can also lend Asian eyes a ‘puffy’ appearance.

A third notable characteristic of Asian eyes is the presence of an epicanthal fold. The epicanthal fold is a skin flap that covers the inner corner of the eye, further contributing to the monolid appearance. Variation occurs in the shape of this feature.

How Is Double Eyelid Surgery Different From Traditional Blepharoplasty?

Double eyelid surgery is a cosmetic procedure primarily undertaken by people of Asian descent to reshape the skin above the eye, creating a supratarsal crease. The goal of the procedure is to enhance the eyes while preserving each patient’s unique facial aesthetic and ethnic identity. In most cases, double eyelid surgery aims to improve eye-region aesthetics.

Other forms of eyelid surgery (blepharoplasty) are similar to double eyelid surgery in terms of techniques and goals, but there are subtle variations. Rather than focusing on creating an eyelid crease, these types of blepharoplasty often concentrate on reducing signs of ageing in the eye area. Blepharoplasty can address:

Blepharoplasty can also be undertaken for medical reasons. Called ‘functional blepharoplasty’, this type of procedure can reduce discomfort from overused forehead muscles, reduce irritation caused by friction between folds of excess skin and improve vision that has been compromised by heavy upper eyelid skin reducing field of view

Is the Point of Double Eyelid Surgery to Look ‘Westernised’?

It is a common misconception that all Asian patients who have double eyelid surgery want to look more Caucasian or ‘westernised’. Most double eyelid surgery candidates are not looking to fit Eurocentric beauty ideals, which can result in an unnatural appearance. Instead, they simply desire a more youthful and vivacious appearance that flatters their natural facial features.

Patient wishes are carefully discussed during the initial consultation to ensure the surgeon and patient are on the same page about the goals of the procedure. It can be helpful to bring photos to the consultation to illustrate what a desirable outcome looks like.

What Techniques Are Used for Double Eyelid Surgery?

Double eyelid surgery is a delicate procedure that requires a personalised approach and incredible attention to detail. Every patient has unique desires, so each surgical plan is customised to provide a satisfying and natural-looking result. Double eyelid surgeries fall into two primary categories — incisional and non-incisional — with further variations.

The full incision or ‘open’ technique is best suited for patients with excess skin and fat in the upper eyelid. The incision extends most of the length of the new supratarsal crease, allowing the plastic surgeon to excise skin and fat and perform ptosis correction if necessary. This is a versatile technique that allows for the greatest degree of adjustment. Although it does leave a scar, it is usually well-concealed.

The non-incisional or ‘suture’ technique is the least invasive double eyelid procedure. The plastic surgeon creates a series of small punctures in the skin where the fold will be, then places sutures through the holes and tightens them until the desired crease forms. The advantages of this approach are minimal swelling and no incisional scar. The disadvantage is that it is not as resilient as incisional methods and may come undone over time.

What Other Forms of Eyelid Surgery Can Benefit Asian Patients?

Double eyelid surgery may be performed with a medial epicanthoplasty. This procedure reduces the prominence of the epicanthal fold and enlarges the opening of the inner corner of the eye. The combination of these two surgeries makes the eye appear larger, longer and more open, enhancing eye aesthetics.

For More Information About Double Eyelid Surgery in Sydney, Get In Touch

Eyes are one of the most unique features of anyone’s appearance. There is no standardised approach to Asian eyelid surgery, because no two people have the exact same anatomy or aesthetic ideals. The specialist plastic surgeons of Asian Plastic Surgery take great care to customise each double eyelid procedure to produce the most flattering and natural result for the individual. They are passionate about helping Asian patients from Sydney and all around Australia receive the specialised care they deserve.

If you are considering double eyelid surgery, please contact us here to schedule a consultation.